Due to many orders, delivery times can be longer. Please order in time!

“Why this webshop for vitiligo patients?”

My first vitiligo spots became visible on my hands. After some time I went to the GP. He was not sure what it was, but he thought of fungus. The cream I got did work, after which the Vitiligo diagnosis was made, with the statement: “There’s nothing to do about it, learn to live with it.”

A move to another city and many years later, my new doctor asked me immediately: “Do you do anything about your vitiligo?” After my surprised answer, there was nothing to do about it I heard, I received a referral letter to the SNIP (Dutch Institute for Pigment Disorders) at the AMC in Amsterdam. I have been under treatment for years and I am impressed with all the knowledge they have built there.

At the dermatologist I received various (hormone) cremes, which unfortunately did not help. I also had UVB light therapy, which brought pigment back into the white spots. However, the vitiligo came back. Some moment I found Novitil. I started to use it, and I am very happy with it.

I am very pleased with Novitil and would like to offer other people the opportunity to use this beautiful product. Novitil is a product of Dermabest in Canada and is used worldwide for over 20 years. Since the start of our webshop in 2010, many people in Europe have also been able to use Novitil. You should always use Novitil in combination with sunlight or UVA or UVB lamp. 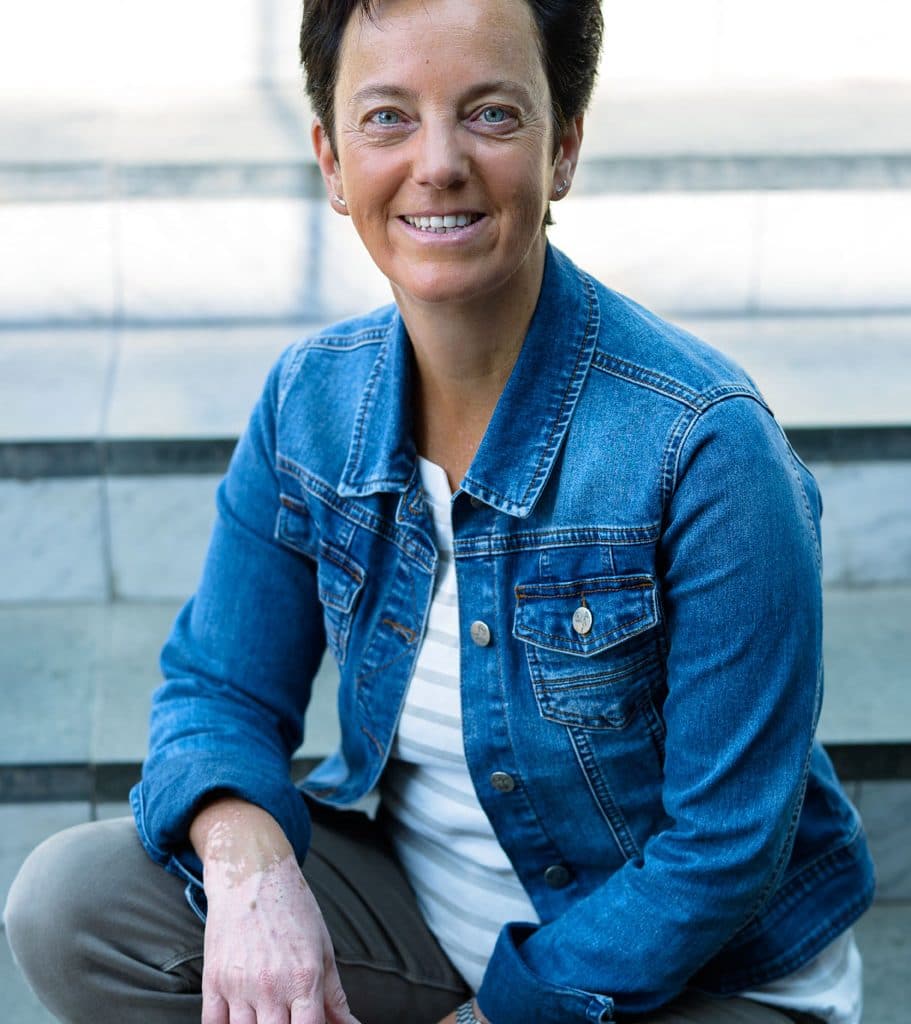 I have had vitiligo since I was 28, now for more than 20 years. I am not happy with it and would like to have no or fewer spots. However, it does not hinder me in everything I do and sometimes I even forget that I have it. It just belongs to me. I use Novitil, UVB and Melavitil for the spots in my face, knees and legs, the spots on my hands and feet I have accepted. My husband and children know no better than that I have some spots and are completely used to it. When people ask about it, I tell them what it is and that’s fine too. However, it took me a lot of years to get there.

In 2010 I started VitiligoShop in addition to my work as a freelancer in building websites. I therefore hoped to be able to help other people with vitiligo by collecting and sharing knowledge about vitiligo. In the often personal (telephone) conversations I have, or the emails I receive, I notice that people often have a hard time accepting having vitiligo. Especially the fact that vitiligo is so visible makes this very difficult, you are constantly confronted with it. I think it’s great that I can make a contribution in my own modest way to make people feel a little better.

Many vitiligo patients experience to a greater or lesser extent the psychosocial consequences of this condition. The biggest problem is often experienced in social contacts. You just do not like it if everyone can see the white spots on the skin and say something about it. This often results in avoidance behavior: you do not go swimming any more, do not wear short shorts or skirts and also wear a scarf around your neck or a long sleeve shirt on the warmest days. These feelings are not always taken seriously by the dermatologist, but can have a major influence on someone’s life. 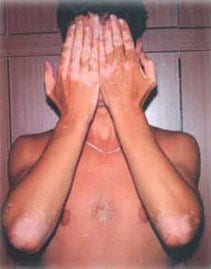